El Gouna Beach Polo: Polo is known to be an elitist sport. Combining the best of fashion, fine horse breeding and sportsmanship, it attracts people from a number of backgrounds. In England, the sport is known to be played by royal princes and this is where it gets its prestigious position from. Probable roots of the sport have a number of Asian countries arguing over who invented it, but like most sports, it travelled an evolution of changes across the globe to become the institutionalised sport it is today.

Traditionally played on a grass field 300 feet long by 160 feet wide, this tournament, being named beach polo, is played on sand. The sand categorizes this as Arena Polo which is different in a number of ways such as smaller teams, a smaller field, a different type of ball, as well as a few others.

Interesting facts: A single game of Polo can last up to 2 hours and is divided into periods of time called chukkas (or chukkers). Also, Polo was an Olympic sport from 1900 to 1936.

Having its debut last year in 2017, the tournament is very young. But it was successful enough to come back for a second year and the annual tournament is sure to continue into the distant future. Between 25th and 28th April, 6 teams played for the honour of lifting the silver cup on the final day. Fortunately, the event was open to everybody. This meant that those with a mild curiosity about the sport could attend with the enthusiasts and VIP’s. This is important as it can open new doors of interest for children who might later take an interest in the sport. Being Arena Polo, these teams consisted of 3 players each. And of these team members, one is responsible for attack, one plays the midfield and one defends the goal. This makes for a higher energy, more intense game than regular Polo. The arena pitch being smaller than a traditional pitch further intensifies the game.

The custom-built arena was erected next to La Maison Bleue on the more northerly Mangroovy beach of El Gouna. An opening ceremony kicked the tournament off at midday on Wednesday followed directly by the first game.  Being a fairly windy week in El Gouna, conditions were not exactly ideal for players or spectators, but as we say. “The show must go on”. And so it did. The first game saw Team Orange take on Team Magma with Team Orange taking a narrow victory of 6 – 5. The second match of the day had Kings Polo battling Banque Du Caire amongst the drum of hooves and clouds of dust. Kings Polo took the victory in a landslide win SCORE.

Events in El Gouna do not simply end at the end of the day and everybody goes to bed. No! The first day ended with the Exclusive BBQ dinner at Aurora featuring DJ Roro Assaf and the party continued into the small hours of the morning.

Day 2 had the wind reaching speeds of 37km/h making the day’s enjoyment slightly challenging, but again, the show went on and we had teams Mercedez and Banque du Caire rivalling each other in the first match. Mercedez took the win by 6 points to 4. The second match of the day saw team Magma take a victory over team Mangroovy also with a score of 6-4. This evening’s party was a gala dinner at La Maison Bleue with some very equestrian table decorations to commemorate the fabulous tournament.

We got off to a hot semi-final on a fairly windless day. The day was preceded by a parade of the semi-finalists making their way from the Abu Tig Marina all the way to Mangroovy Beach. The roads were full of horses, golf carts and a hot of people making their way to the arena. To add to the excitement the parading horses were led by a contingent of drummers making a marching soundtrack for the battles that were about to commence.

Team Mercedez secured their place in the final with 5 – 7 win over team King’s Polo. King’s Polo had put up a fabulous fight against Mercedez but at the end there can be only one winner. In the day’s second match, team Magma took an unfortunate loss to team Orange. But team Orange were ecstatic about a well-deserved place in the upcoming finals.

A warm and breezy Saturday had the playoffs and finals in an afternoon of highspeed Polo. The spectators looked elegant in the white dress code and we had energetic commentating from the stand. Playing good music, as always, was DJ Dev!l making for a perfect lull between games.
The playoff for 5th and 6th place was between team Banque de Caire and team Magroovy with Magroovy taking 5th place.
Playing for 3rd place was team Kings Polo and team Magma. With a goal scored within the first 6 seconds of the game, it looked to be either very exciting ora whitewash.
Being a day of good weather, the view of the sea from the stands was excellent. Kiteboarders, the submarine, and host of diving boats were all out enjoying the best of the Red Sea. The polo, being more of a field sport, was slightly juxtaposed by the beach scene but also added to the sense of activity and the good life that El Gouna offers.

2pm finally came round and it was team Mercedez Benz to face team Orange
A 7th chukker had to be added at the end to decide which of the determined teams wanted the trophy more.
After a highly competitive match, it was Team Orange who took the honour of being El Gouna Beach Polo Kings Silver Cup Champions. Receiving a standing ovation from guests, it was a truly momentous occasion. And the pride on the teams faces was evident as they lifted their well-earned trophy.
2019 will be sure to bring us another action-packed Polo tournament where team Orange will have to defend their title. Follow El Gouna Beach polo on Facebook ElGounaBeachPolo and Instagram elgounabeachpolo to stay tuned. 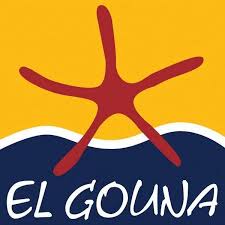